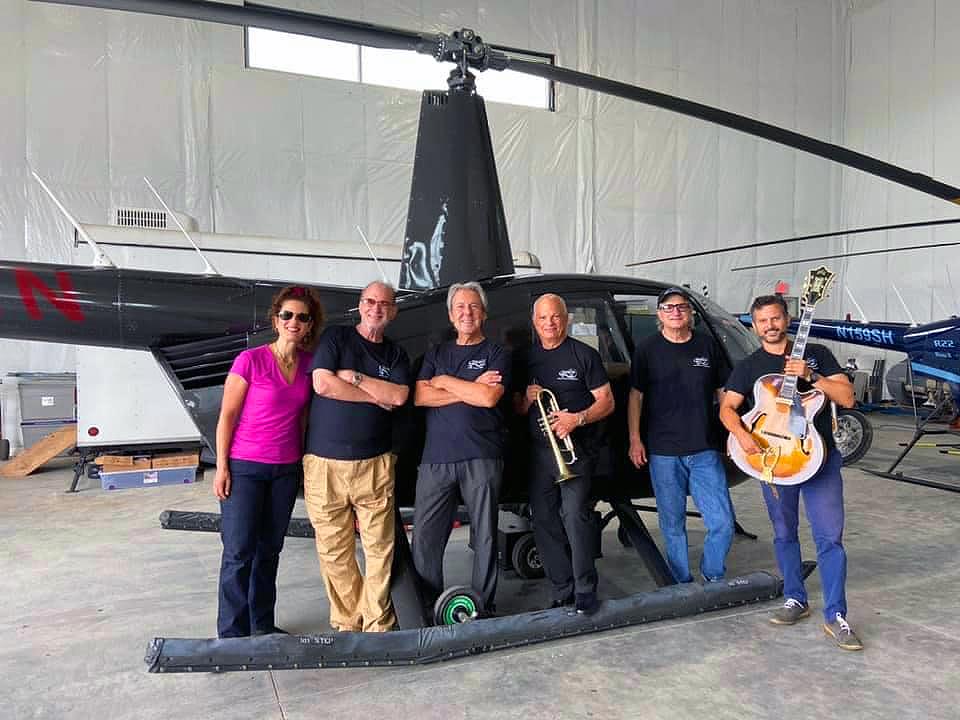 World Helicopter Day is literally, held all around the world in August, celebrating helicopter flight.  The New York area WHD is held at Independent Helicopters at Stewart International Airport.  This was a double celebration because Independent Helicopters owner and chief pilot, Heather Howley, was celebrating moving into a new building / hangar / flight school.  Helicopter and airplane CFII Greg Knowles gave an FAA Wings program on Pinch Hitter for helicopter passengers.  After a post by Greg on Facebook, it was suggested that Flying Musicians Association should provide music for the event.  FMA musicians came out for the event, which featured Ross Pilot on guitar / vocals, Roger Astudillo on bass, Greg Knowles on drums, Vinny Raniolo on guitar, Sal Lagonia on trumpet, and Sharon Siodmak on percussion.  Despite the masks and social distancing, the event was a huge success and drew more people attending than ever before.  An interesting part of the event was when the band had a large crowd in the hanger watching the program, when a Bell 207 Long Ranger started up outside the hanger for an engine check, and the entire crowd was rockin’ to the music with their backs to the band watching the helicopter!  This was a really successful concert for FMA, and if you’re in the area next August, we’ll get even more FMA members out to play.