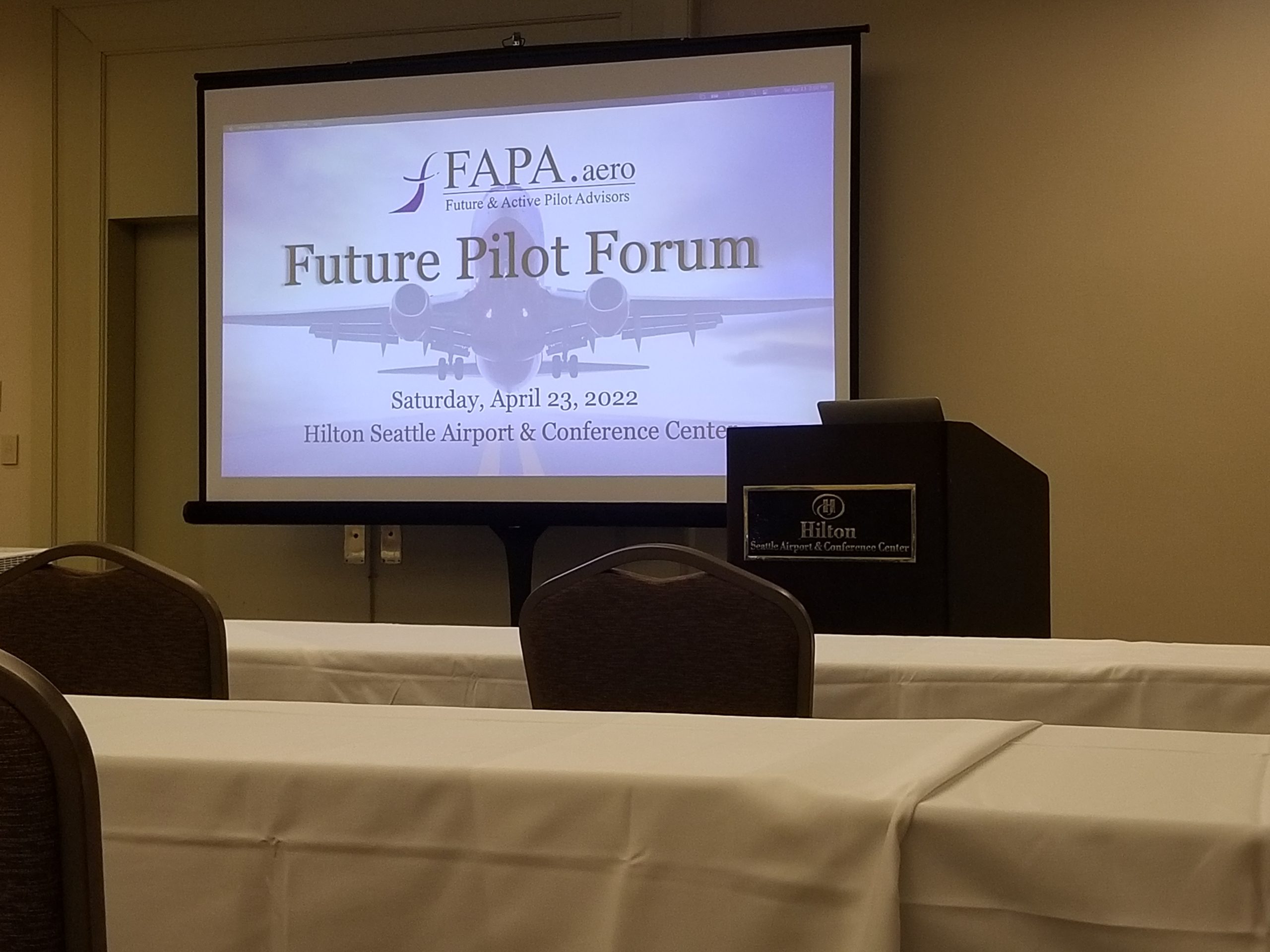 Hi everyone!
I had a pretty busy weekend this past weekend. On Saturday I went to a Future Pilot’s Forum run by FAPA and on Sunday I had a rocket launch with my school club.

I had randomly ran into a FAPA advertisement a few weeks ago and didn’t think much of it, but as the date came closer and closer, I thought of signing up. Not knowing much about it, I did sign up, and I’m glad I did. It was held at a hotel near Seatac airport. There were not lots of people there, but it made it a little more personalized. As I walked in, I met a younger lady and we talked a little bit about where we were on our aviation journey. I really enjoyed the informal conversation. She said that she started around the same age as me, but went away from it and went to college studying humanities related subjects. She moved pathways and got her private and instrument licenses and was currently working on her commercial. She said that she regretted going to college and I was appreciative to get that different perspective. I feel like it’s good to know your options and the consequences of each available option. The forum session consisted of a long information session on how to get started to become a pilot, no matter your age or background. It also touched on programs available that are pathways to airlines. I think that my biggest takeaway from it was that there is no one path to becoming a pilot, just do whatever works best for you.

I also had a rocket launch on Sunday. We have a rocket club at my school and in the past we have participated in The American Rocketry Challenge, but due to several different obstacles this year we decided not to stick to the timeline, and just do it on our own. Sunday was our first launch of the year with the rocket we built. We were going to have a launch a few weeks prior, but it was too heavy and unstable so we decided against it. When we launched it this time around, it was still pretty unstable. For whatever reason, we decided against weighing the rocket beforehand. Anyways, it kept flying up directly to the left after it went off of the launch rod. There could’ve been several factors making this happen, from the way we had the electrical launch system set up to the stability from the fins or the weight distribution or the impulse of the rocket itself. We didn’t quite know what it was, so we just launched the rocket a few times. When we used our third motor, our rocket took a turn for the worst. It went the most left it had, then it came back down from its apogee without immediately releasing the parachute. It hit the ground nose down and completely ruined the rocket. If we paid enough attention we would’ve probably been able to stop them from happening if we recognized the trend. On our previous flights the apogee came lower and lower and the parachute popped out later and later and the total flight time became less and less. We measure the height of the rocket with an altimeter that we stick in the rocket right below the nose cone. Due to air pressure, it measures the max height the rocket reaches and gives out the information in feet in beeps. You can also plug this into a computer program and read the analysis of the flight. It was disappointing to see the rocket get ruined, but I think that it was too unstable anyway to be fixable. We will probably not build a whole other rocket because the season and school is wrapping up, and May is going to be a busy time for seniors. Hopefully though, we will be able to get out there and launch a few other rockets made from kits if we have the right motors for them. We shall see, but I will try to keep an update if anything else happens.
-Jovie