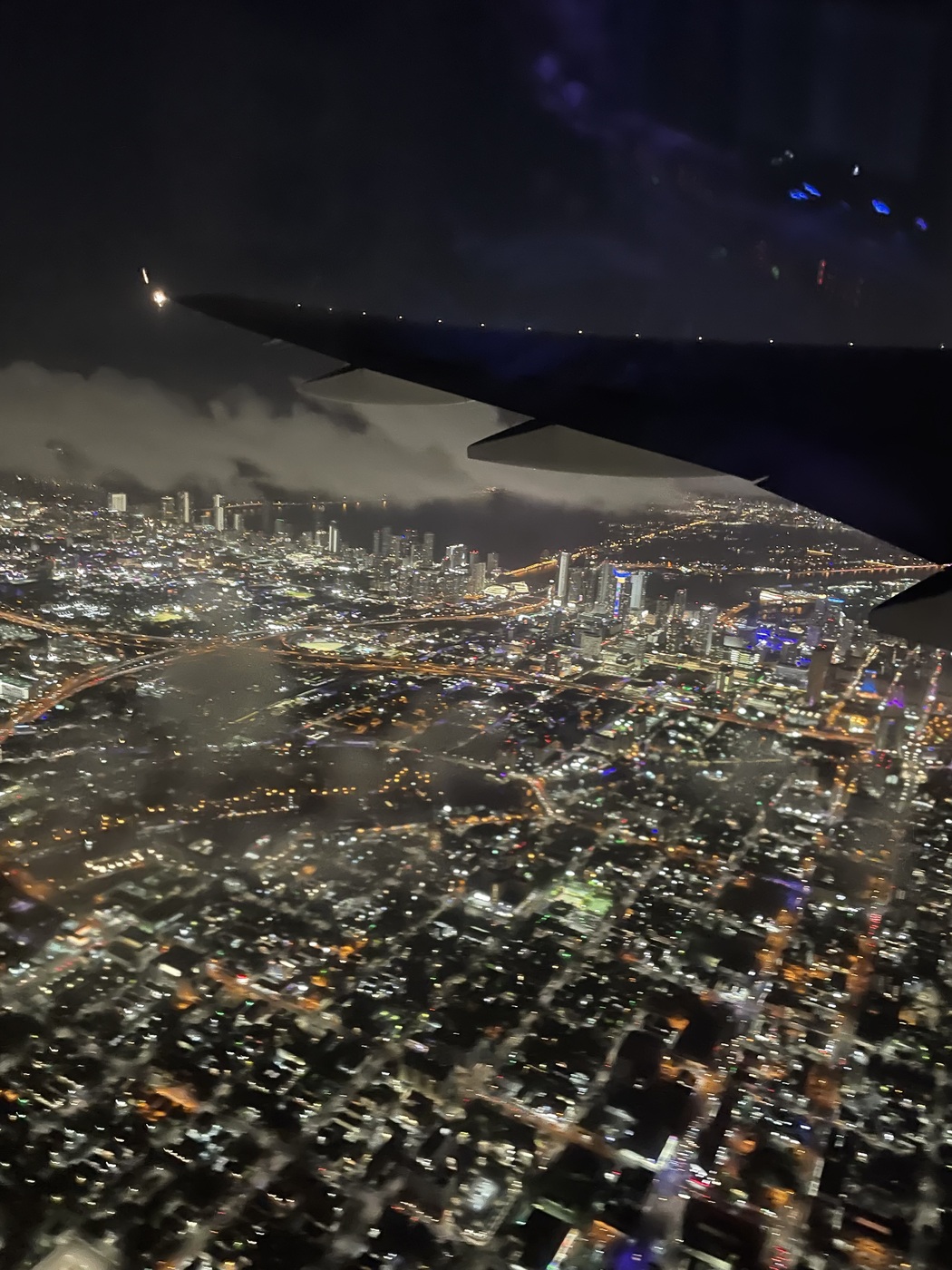 Hope everyone has had a good April! Just wanted to share some cool pics and stories I’ve had the past month. I had my spring break two weeks ago and my parents and I traveled to Colombia to visit our family there. Luckily, I got assigned a window seat on our flight from Miami to their capital, Bogota, allowing me to admire the gorgeous lights of different cities thousands of feet from above. The picture I took was a few minutes after our departure from Miami.

When we arrived in Bogota, I was able to sneak my way into the cockpit where I had a quick chat with the pilots. Although we couldn’t talk for long, I asked them about how the navigation and control systems worked as well as what inspired them to become pilots. They pointed out the essential controls such as the landing gears selector, the ground radios, and different meters. Regarding their inspirations, it fascinated me how their motives seemed so similar to mine since they’ve always admired flight vehicles since they were little and wanted to travel the world themselves. As the flight attendant began bugging me back towards the exit, I looked back at the sparkling lights scattered across the cockpit. Even if it takes me decades more, I will definitely fulfill my dream of navigating a plane one day.

When we arrived, I was shocked by how impoverished the town was despite being in a century overwhelmed by advanced technology. In Guayaquil, the houses are made of mud, no concrete roads exist and both water and electricity scarcely come by throughout the week. Despite all these odds however, the residents seem content with their lives. Everyone walks around with a smile on their face and are extremely generous despite the limited belongings they have. What most impacted me occurred when my mother and I were talking to one of the local women. As we stood there talking about how she knew my mother in high school, I heard a band play at the church down the street. I was intrigued by them and asked the local about them. She said they were a band formed by the students at the small high school in the town who were able to raise money in other towns to buy instruments such as trumpets, guitars, and drums. It’s truly amazing how people in such impoverished conditions can still manage to attain their goals through hard work. It also somewhat filled me with guilt, because there are so many people such as myself in the United States that have the opportunities of a lifetime yet never take the time to appreciate them. Guayaquil definitely gave me a lot to think about on my way back.

Currently, I am co-president of this non-profit organization called “Sharing the Dream of Music”. It was founded a few years ago by a friend of mine who is now in college that used it to collect instruments and ship them to schools in third world countries. One example was in 2019, when she donated dozens of trumpets, pianos, saxophones, and other instruments to the St. Lucia School of Music in the Caribbean island of St. Lucia. She passed on the organization to me and although I have not nearly collaborated at the same magnitude as she did, I have been able to collect guitars, clarinets, a ukulele, and a keyboard. I had originally planned on setting up another drive to collect more instruments and send them to a local school who’s band program did not have enough instruments due to the pandemic restricting their funds, but I believe that I should send the instruments I have now to Guayaquil instead. I am currently negotiating the shipping costs with this delivery company and based on the price they give me, I can raise that money at school by holding a fundraiser. I really hope this plan works out since it would help so many children in Guayaquil to discover new passions and talents. I don’t have a shipping date yet but once I deliver the instruments, I’ll let you guys know!

If you made it this far just know I’m excited for the FMA finalists results on Sunday and wish all you guys the best luck!

PS: First pic was on the plane ride from Miami to Bogota
Second pic was right at the beginning of our hiking trip (I’m on the far left)